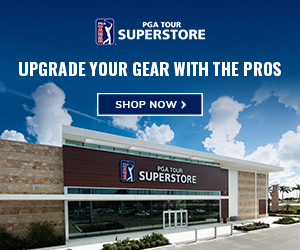 The Short Game is Important

"Practice, work out, proper nutrition, lots of work on short game.  In golf, that's really where the strokes come off the scorecard."

That's Paula Creamer's, LPGA Tour player, advice.  Those who play for pay know the short game is where they make their money.  Getting the balls close to hard to reach pins and landing a pitch with precision is the focus of most tour players.  If you want to practice like a pro focus on the short irons.

Learn how to control ball spin on the green.  Give yourself a chance for a one putt by leaving the ball close to the pin.  Spend a large portion of your practice time around the chipping green.  Focus on stance and routine and pick various landing spots on the green.  See how many you can land on a specific spot on the green.  Short game is all about control, confidence and developing muscle memory.

Having confidence in your chips comes with lots of practice. One of the easiest practice drills is to simply scatter a bag of balls at different places around the practice green.  Give yourself a variety of different lies and distances to the pin and aim to leave them all within a 3-6 foot area around the pin.

Don't hurry short game practice.  It is important to practice as you play which means - routine, breathing, visualization and correct delivery.

It is very easy for putting practice to become an aimless, social event which is fine for the social, beginning junior but it needs to be more structured and introduce an element of pressure for juniors taking the game more seriously.

A good short putt drill is to line up 28 balls in a square 4 equal lines 3 feet from the pin.  Using routine and taking time on each putt see how many you can putt in in a row and try and better that number next time.  A variation of this is to start again each time a ball is missed and do the drill until you hit all in the hole in a row. Phil Mickelson is known for doing 3 foot putting drills until he makes 100 in a row, starting over anytime he misses!

If a junior is going to stay with the game, it will need to be kept fun.  Games are important.  The element of fun competition is vital.  Having a good feel for the different﻿﻿ types of clubs is an ongoing adventure as they grow, improve and demand different things from themselves and the game.  As Phil Mickeson says : The only way to win tournaments is with the short game.

Most kids like to get out on the range and whack range balls as far as they can off the practice tees.  As juniors develop their love for the game it is important to be out on the range and what they do doesn't matter too much as long as they are doing it.  Kids love games and they love to play with their parents.  Here are some short game drills you can do with your junior and will help to develop both your games.

A one putt in golf is ideal. A 2 putt is ok and a 3 putt ..... well we'd like to have as few of those as possible as we progress in the game.  An good drill is to pick a target hole on the putting range, change up the distance every time, and putt.  Hole it in a single putt and you score a point. 2 putts you get no points and 3 putts you get a negative point.

A fun variation of this is the following game that can be played with any number of juniors. The player with the highest score has to putt first so others can get a read on the speed and break. A 1 putt counts for 2 points, closest to the hole counts as 1 point and a 3 putt counts as -1. First to 7 wins! This is also a great game for parents to play with kids.

A Junior who chips well has greater confidence around the green and it will show in overall scores and enjoyment in the game.  The Chipping Ladder game is a favorite drill.  It adds the element of competition and develops precision play.

Start by picking a flag about 30 feet from the edge of the green. You're going to hit your first shot as close to the flag as you can, without going over.

Let's say your first chip falls four or five feet short of the flag. That's exactly what you want, so you can move on to the next shot.

The ball you just hit becomes your new target line. Now you can't hit past that ball or you have to start over. Say your second ball lands 4-5 feet short of the first. Once again you're in great shape and that ball becomes your target line for the next shot.

As you can see, you're gradually working closer and closer to the edge of the green.

Junior Golf: Teach Your Children How To Play Golf